Because rugby without the Pacific Islanders, isn't rugby at all.
Rising sea levels caused by global warming are putting the low lying Pacific Islands at risk of extinction. Players from these regions such as Tonga, Samoa & Fiji are amongst the most naturally gifted players within the sporting community. Rugby is ingrained deeply into their national culture, where many grow up playing on the island beaches, and selection for the national team amongst one of the highest honours. Although never winners, these teams embody the heart of rugby - adored globally for their powerful & dramatic playing style that makes their rugby so exciting to watch. The loss of these teams due to climate change would be devastating to the global rugby community.
Our campaign enables fans to come together and lobby against World Rugby to go carbon neutral. No carbon, no emissions all by 2030.
Brief
To create a guerrilla activated campaign that motivates sports fans to take action against climate change.
Challenge
Sports fans don't feel it a priority/aren't motivated to take action against climate change.
Unique Solution
Creating a campaign that draws on the emotional connection the rugby community has to the Pacific Island teams, and helping fans realise that without immediate action, the future of rugby is without them. We started #OurBrothers to make an international brotherhood against climate change. Directed from our OOH campaign activations, fans can submit their 'battleface' to sign the petition against World Rugby, with the option to share this content to create wider conversation about the impact sport has on the environment.
This was created as a Group project for this years D&AD New Blood briefs. Alongside research, ideation and development, I took lead on the Pitch Video/Motion Graphics and co-led the visual identity.
Campaign Pitch video 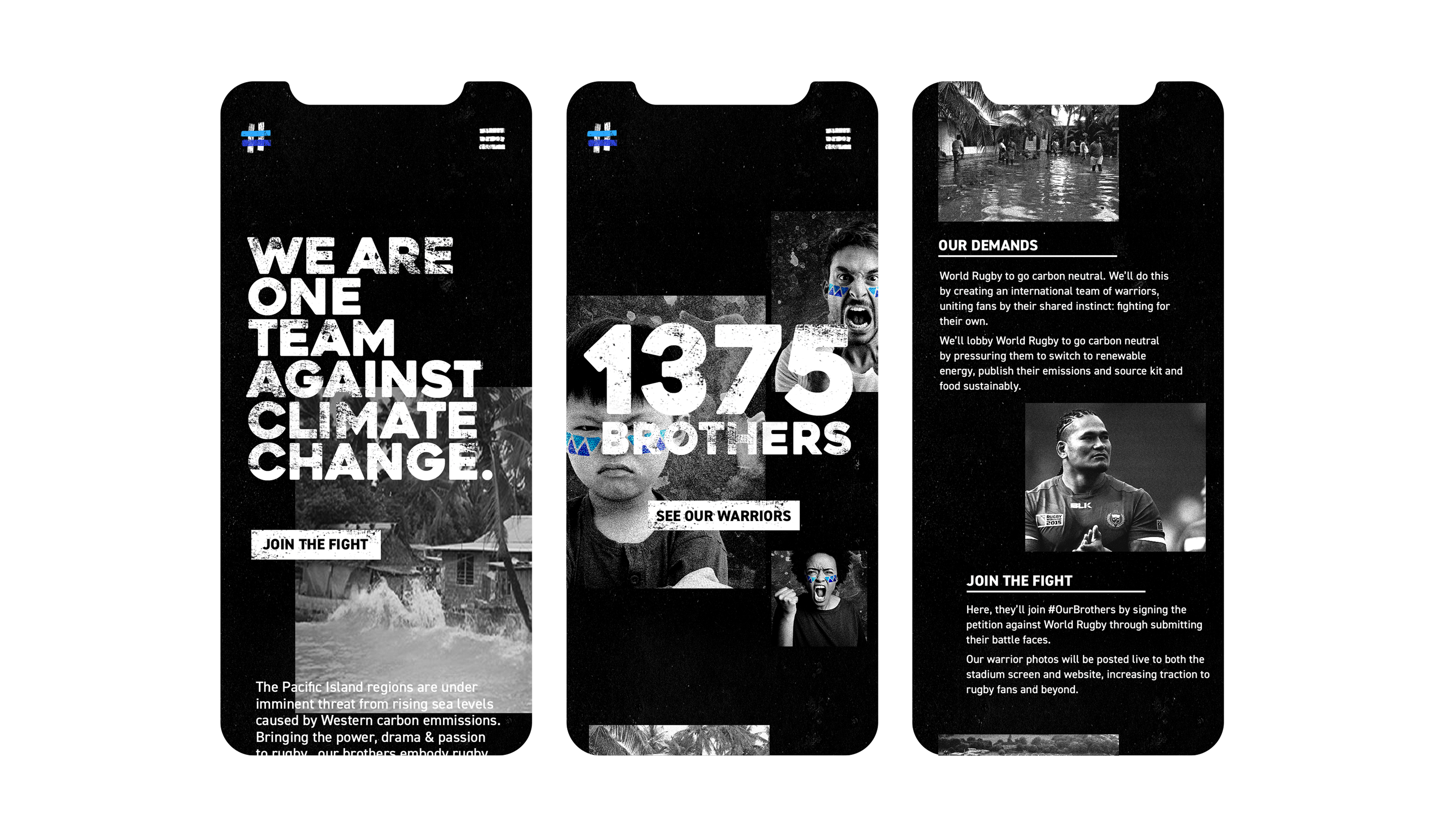 Sancto Gin
↑Back to Top